Today's the day I finally get to show you the absolutely stunning cover for Sins of the Warrior — and I am soooo happy. Not only because the cover is gorgeous, but also because it marks one of the last steps in a long journey to put the final chapter of the Grigori Legacy into the hands of readers. Sins of the Warrior will release on September 18th in both e-book and print formats–and just to make things even more exciting, the print version of book 3, Sins of the Lost, will also release on that same day. Woot!  (Missed that announcement? Check it out here!) 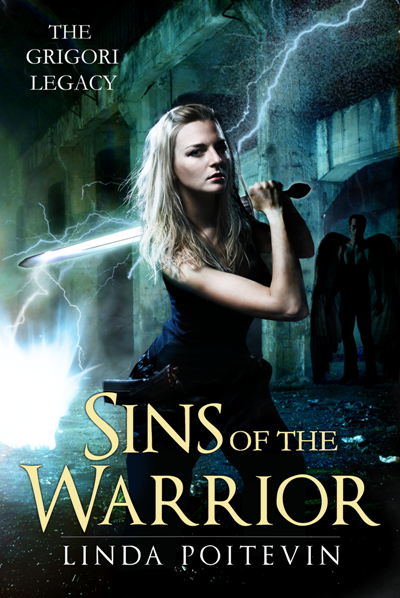 And here's the blurb:

Heaven and Hell are at war

The clock is ticking

Homicide detective Alexandra Jarvis’s niece is missing and pregnant with Lucifer’s child, her sister has descended into madness, and the human race has begun a relentless spiral toward self-destruction that Alex is desperate to stop. Now Michael, the Archangel she holds responsible for Earth's plight, has returned—and he's demanding her help to track a missing god.

Fighting for the very survival of his own realm—and that of humanity—Michael’s only chance to defeat Hell lies in returning Heaven’s long-lost daughter to her throne before it’s too late. But first he’ll have to convince Alex to help him—and to keep her out of Seth’s clutches long enough for her to do so.

There can be no right choices

In a desperate bid to save both their worlds, Alex and Michael must put aside their animosity and find a way to work together in the face of increasingly impossible decisions…and unimaginable sacrifices.

But wait! We're not done yet, because as a bonus, you get to see the new print cover for Sins of the Lost, too! 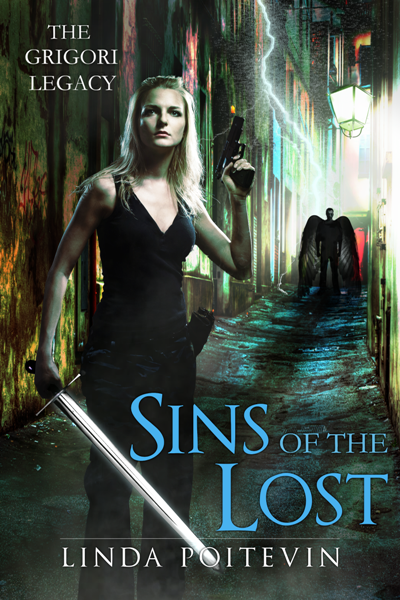 And the back-cover blurb (in case you've forgotten 😉 ):

Heaven and Hell are on the brink of war as Lucifer builds his Nephilim army and waits for his new agenda to become a reality — that of having a Nephilim child of his own bloodline to lead his forces to cataclysmic victory.

With rumors of the pending war rampant on Earth, Alex fights to save humanity from its own panic –­ leaving little time for her fledgling relationship with Seth, the man with heavenly origins who has captured her heart. But when Nephilim children begin to disappear, along with Alex’s own vulnerable niece, the inevitable war between Heaven and Hell becomes as personal as sin.

Heaven has its own plans to fight the coming apocalypse, but first it needs Seth back. Asked to betray the man she loves, Alex must turn for help to the soulmate she thought she’d given up — the Archangel Aramael, who may be her last chance to save her family and humanity from the ashes of Lucifer’s Armageddon.

And finally…all the covers in the series together, so you can see the amazing a job my cover designer did of matching the look and feel of the previous two books in the series. Is she talented, or what? 😀

Well? What do you think? Do you love them??? And are you as excited as I am for September???

I really like the cover for Sins of the Lost. Your designer did a good job with both covers. Congrats!

So looking forward to the launch, Nicole! Thank you for all your hard work on that…and for your patience in getting things from me. 😉

FABULOUS!! they are gorgeous and i love how it fit the rest of the series so well!!

Yay! So happy you have a print contract for both. I got book 3 in ebook form, but am looking forward to having 3&4 in print form. 🙂 can’t wait to read how the story turns out.

No print contract, Margaret. These will be POD available through online retailers, physical bookstores, and (hopefully) libraries. 😉

Yes, the covers are absolutely gorgeous! Thank you for investing in making them very similar to books 1 and 2.

I’m so glad you like them, Sonia! I think Lynsey did a superb job. 🙂

[…] P.S. The book will be releasing in both print and e-book, and you can pre-order now on Kindle, iBook, GooglePlay, and Nook. (And in case you missed the news, Sins of the Lost is also coming out in print — you can check out the new cover here!) […]

Subscribe to Linda's Newsletter and Receive a Free Book

The information you provide on this form will only be used to provide you with updates and special offers. Your privacy is important to me and I will never share your information with anyone! You can subscribe from my emails at any time by clicking on the 'Unsubscribe' link at the bottom of any one.