an ever after novella 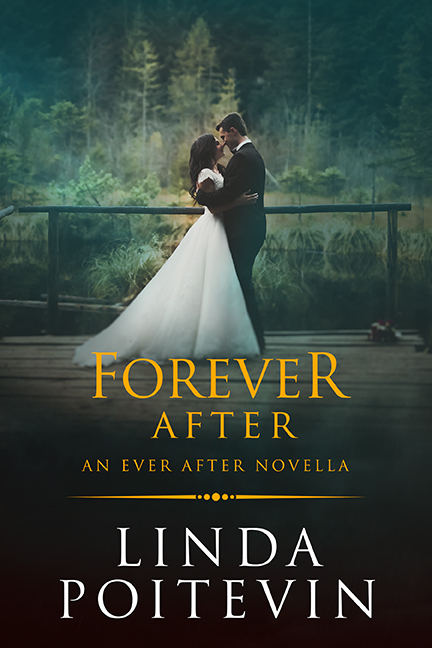 Wedding bells are in the air, but single mom Gwynneth Jacobs and Hollywood mega star Gareth Connor are finding that the road to matrimony is anything but smooth. Each thinks they’re doing what’s best for the other, but with everything from the paparazzi to an overzealous wedding planner getting in their way, they may have lost touch with what exactly that is.

With Gwyn developing decidedly cold feet over the whole event, can they reconnect with what’s truly important in time for their upcoming nuptials? Or will they have to face the possibility their lives may just be too different after all?

“You know you’re just being stubborn about not hiring a housekeeper, right?”

Gwynneth Jacobs’ heart kicked against her ribs as she looked over her shoulder at the man framed in the bathroom doorway.  Broad-chested, dark-haired, and with the banked heat in his deep brown gaze that still made her world tilt on its axis, even after months of living together. Especially after he’d been away for the last three weeks.

“You’re home,” she said, choosing to state the obvious rather than respond to—and rehash yet again—the same argument they’d been having since he moved in. “And you’re early. I wanted to have the house clean before you got here.” She cast a rueful glance at her shirt, wet from her tub-cleaning efforts. “I was hoping to have me clean, too.”

Gareth Connor’s mouth tipped up at the corner, telling her he knew perfectly well she avoided his question. “I caught an earlier flight, but I can leave and come back again, if you’d rather. Or…”

Gwyn’s heart did another flip. A familiar, slow warmth kindled in her belly. She took the hand Gareth stretched out to her and let him pull her to her feet. “Or?”

He tugged her close, hands spanning her waist, until her hips rested against his. “Or I could just help you get clean. You know, wash your back and all those hard to reach places…”

One hand traced her spine from top to bottom, and Gwyn inhaled on a sharp hiss. She leaned into him, hungry for the touches missing from her life for the better part of a month. Being almost married to a Hollywood mega star who did this much traveling was harder than she’d thought it would be.

Gareth buried his face in her hair. “God, I missed you, Gwynneth with two n’s,” he growled against her neck.

“I missed you, too,” she whispered. While this latest absence had been far from his first since moving in with her and the kids, having him away hadn’t become any easier. Every single day without him seemed an eternity that no number of phone calls and late night conversations could ease.

Gareth’s lips parted hers, sending the world spinning away in a whirl of need, a rush of desire. Forgetting all about the damp of her shirt and the rubber gloves she still wore, Gwyn wrapped her arms around his neck and held on to the only anchor she had. The only thing that mattered in that moment. Somewhere in the distance, a door slammed.

“Mommy! We’re home!” Katie’s voice called out from the bottom of the stairs.

Gareth’s mouth stilled. His arms tightened. Gwyn braced herself for the loss of his warmth. He pulled back and looked down at her ruefully. “I see nothing has changed in my absence. They were out with Kristin?”

“She took them to the park so I could get the cleaning done.”

“And she couldn’t have kept them there another fifteen minutes?” He half groaned, half sighed as he disentangled himself. “We need to work out some kind of signal with that girl.”

“What, like a necktie on the door knob?” Gwyn grinned and planted a kiss on his chin. “Aren’t we a little old for that?”

“We will never be too old for that.” Gareth reached out to trace a thumb over her lips, sending a fresh ripple through her. “Rain check?”

“Rain check,” Gwyn agreed. She cleared the huskiness from her throat, then responded to her daughter. “Upstairs, Katie. I’m cleaning the bathroom. And guess who’s home?”

“Gareth!” three voices squealed in unison. Feet thundered up the stairs toward them.

Gareth chuckled. “Duty calls. I’ll let you finish up here while I hand out presents, shall I?”

“I thought we agreed you wouldn’t bring back gifts every time you went away.”

“You agreed. I told you that you were a spoilsport.” Gareth staggered under the assault of three little bodies. “Whoa! Easy does it or you’ll knock me over, and I won’t be able to open my suitcase, and then what?”

“You brought us presents?” Nicholas released his hold on Gareth’s legs to dance a little jig. “Yes!”

“I lost a tooth!” Maggie tipped back her head and opened her mouth wide for Gareth’s inspection. “And the tooth fairy brought me a whole dollar!”

Gareth admired the gap in Maggie’s teeth, then lifted an eyebrow in Gwyn’s direction. “And to think I used to be happy with ten pence.”

“Very good, Katie. How do you know that?”

“We learned it in school last year, after you came to live with us. Madame Morin taught my class about Wales because so many of the kids were asking questions about you.”

“Pence is a funny word.” Nicholas wrinkled his nose, then shrugged and turned his mind to more urgent matters, tugging on Gareth’s pant leg again. “So what did you bring us this time? Did you get me the baby crocodile I asked for?”

Gareth smothered a laugh. “Sorry, buddy, no crocodiles. I heard they don’t make very good housepets, so I brought you something else instead. Come help me unpack, and we’ll see what we can find.”

Rubber-gloved hands on hips, Gwyn sighed as she watched her family trek down the hallway toward her and Gareth’s bedroom, with Nicholas racing ahead and Maggie and Katie each attached to one of Gareth’s hands. Gareth looked over his shoulder when they reached the doorway, and she shook her head at him, trying—and failing, she felt certain—to look severe.

“You’re spoiling them,” she said.

“Only a little.” He grinned at her, then disappeared into the room amid excited questions and shared tidbits from the time he’d been away.

Gwyn leaned a shoulder against the door frame and let herself bask in the sheer contentment of the moment. Gareth Connor—her Gareth, against all odds and probability—home again, reaffirming his place in their family, their hearts, their lives. He’d been with them almost nine months now, and she still felt the urge to pinch herself whenever he walked through the door. Who would have ever thought her life would take such a turn?

With a happy sigh, she turned back into the bathroom. Just the tub to rinse and the toilet to scrub, and then she could take a shower. After that, dinner, an evening walk with the kids, and then time for her and Gareth…

And that rain check. 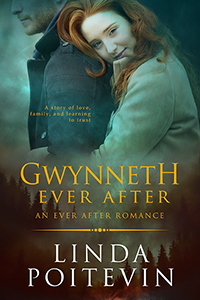 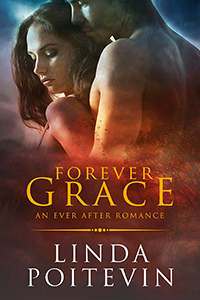 Sign up for Linda's Newsletter & RECEIVE A FREE BOOK

The information you provide on this form will only be used to provide you with updates and special offers. Your privacy is important to me and I will never share your information with anyone! You can subscribe from my emails at any time by clicking on the 'Unsubscribe' link at the bottom of any newsletter.